Not long before, I mentioned in my random ramblings that I was offered a role change at office and things were still in the discussions phase. Well, it didn’t work out, not at-least for now. I am a services consultant and I was offered the role of business analyst by our Product Manager. I did not ask her and it was she, who approached me with the offer. Though it was a casual talk to see if I would be interested or not, I was too excited as I heard her. Maybe, I revealed my excitement too much than I should have. I was looking for a role change since long but even before I could go and ask for a role change, my reporting manager resigned due to some sudden personal developments and some new guy came in which just led my courage drop back to nil and I had to start the game of gaining trust, proving mettle and building confidence all over again. It was like back to square 1. And a month after that, this lady(the Prod. manager) talks to me about role change and I obviously was over cloud nine. But then, she clearly told me not to have any high hopes as nothing is yet finalised and the biggest step is to convince my reporting manager to relieve me from the team that I am currently working in. Why would I be me if I took her seriously. I thought, it should be easy peasy considering the fact that he is new in office and doesn’t know me that well and so would obviously let me go to have the role I wanted.
But then, why would it be life if everything went the way I wanted. From what the lady said, this guy just didn’t want to relieve me. His reasons were that it would be really difficult to manage if the team is short of a senior and that he would at-least need a couple of months to find some replacement for me. And he wanted her to wait for a couple of months and not to rush me matter. I felt terribly sad hearing that. I thought I was getting my fruit after years of effort and he just takes it off my plate. Don’t even bother asking about the names I called him(Of course, in my mind!). The part that they would feel the load if I left is true as our team has been receiving lot of work recently. But that should never be the reason not to relieve me. He would have managed it anyhow if it is the case of me resigning for any reason and he will find some replacement sooner or later. And I really believe that at work, anyone can be replaced and it is just hard work that matters. Don’t even get started with me about smart work. I believe that one who has the mettle to work hard, will eventually learn to work smart. It is just a matter of time before you find the right person. And so that way, this new guy blocked all my chances of getting a role change and I’m sure that job wouldn’t be there when he decides that he can relieve me. And that leaves me in a weird state where my manager thinks that I’m looking for a change and so he will be on it to prepare my replacement and I am left with nothing on plate and have to work my ass off to convince him that I’m more useful than he thinks when that is exactly the opposite of what I want. Because if I don’t do that, I will be having a big hole on my appraisal scale which is due next month. And if he is convinced that I am too good to be given up to another team, it would be a problem for me if my earlier offer still stands or if I was offered anything else. This is not a road block, but a deadlock where I will be at the losing end in any case.

This my friends, is the two way road block where I am the one who’s going to drown no matter what way I go. But doesn’t that make it a manhole with no end? Actually, I wanted to write a post about all those things that I wanted to do if I was out of job suddenly. But as it is always the case with me, I started writing something and ended up writing something else and the real one that I wanted to tell will have to wait till another post. And now that I have already told you the story of how my hopes crashed, I need to tell you that I now am preparing to do a professional course on the role I was offered because that would give me enough power to go for it when the time comes and still try to work hard at my current role so that I get a nice appraisal from the current boss. I know I’m riding two horses at the same time but do I look like I have a choice? huh, life! 🙂
Okay, now I think it’s too much of a rant for a Friday evening. Will see you soon. Take care. 🙂 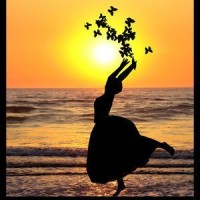 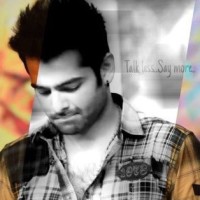 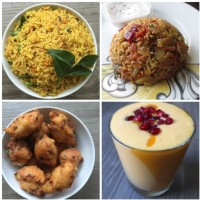 Just everyday stuff in the kitchen and garden.